On May 14, we launched our first annual “Bad Poetry” contest—just for the fun of it. And fun it has been! But all bad things must come to an end.

Our esteemed judges (one from B.C. and two from Ontario) all maintain they enjoyed combing through the “crappy couplets” submitted in search of truly terrible tripe, horrible haiku and rhymes rotten enough to capture our coveted prize. They also elected to remain anonymous (what’s up with that?) but we thank them, and all who entered. You can read their bad poetry in the Comments to our bad poetry challenge.

Our judges noted that, thematically, most of the entrants gravitated to writing bad poetry about either “life’s ironies” or “failed romances.” A few others apparently enjoyed participating simply for the wordplay fun. 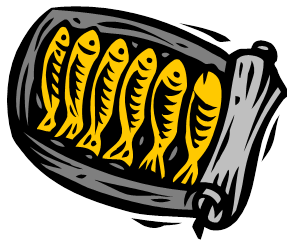 Among the WORDPLAY WIZARDS (or should we say Wackos?) were Awful Andrew, Just-as-bad John (who entered offline), Shakespearean-sounding Sharron (Thou still unravish’d eyesore on my mantel…) and Cliché Queen, Jazz Smekal (who somehow managed to sardine a couple dozen clichés into one tin can of a poem). Kudos to all, but since clichés are a literary “no no,” any poem that contains 24 of them (!) qualifies as appallingly bad poetry. Accordingly, our judges awarded the Wordplay category to Jazz.

Vying for attention with poems about LIFE’S IRONIES (along with Jazz and Sharron) were Horrible Harvey and Crazy Collie-Boy, who tackled topics ranging from seat belt alerts to dandruff remedies and doggie dung. The latter sounds suspiciously close to doggerel (which is verse of little literary merit). Perhaps that’s why our judges awarded the Life’s Ironies category to Collie Boy.

The largest number of entries tackled the topic of FAILED ROMANCE. Loopy Leanne heated things up in the back seat of a Ford while Madcap Mary Ann’s romance went flat as a pancake in the kitchen. Awful Andrew made a mess that threatened his happy marriage and Just-as-bad John chose to mock my own failed romance with George Clooney (and hence was promptly disqualified 🙂 ). Sorriest of all were the wretched scenarios sketched by Harvey, who was blindsided by love only to have a pigeon poop on his shoulder—and later, was forced to serve as best man to the brother who stole his girl’s heart. Now that really hurts. Our judges felt his pain and awarded the Failed Romance category to Horrible Harvey.

Still, there can only be one OVERALL WINNER—and for that, the judges scored for the poem that made them laugh the loudest. Congratulations go to MADCAP MARY ANN, who may have been knocked down in the “bowling lane of life” but emerged victorious in our Bad Poetry contest (your book prize—Beaver Bluff: The Librarian Stories—will be on its way to you shortly!). Here’s Mary Ann’s poem. It’s so bad, it’s good!

In this bowling lane called life, 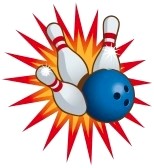 I felt knocked over, until
you came along offering love
and my heart opened like an accordion,
the two of us singing like tree frogs,
happy at last, until
you spotted another, a younger version
of me and left me flat as a pancake,
no spatula to pick me up.
No butter melting on my crumbled heart.

Woe is you, Mary Ann! Thanks again, everyone. And special thanks to those who supported the fundraising effort for Gordon Kirkland! ~ Judy